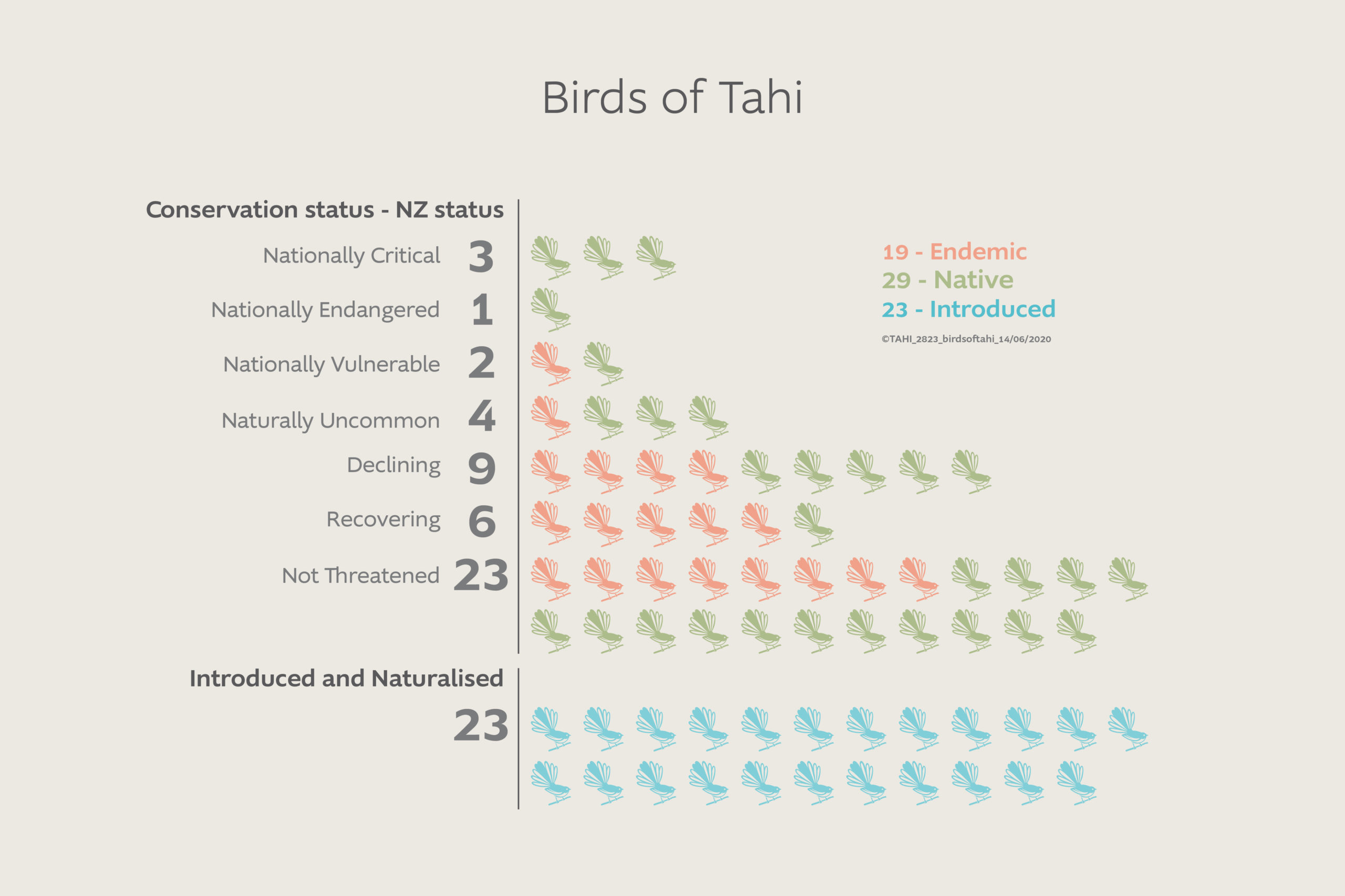 Birdsong, after so long

As a result of our restoration efforts, birdsong now fills the land, where just two decades ago, there was silence. Where we once had fewer than 20 bird species, we now have 71, of which 23 are rare or endangered (that’s more than some of New Zealand’s national parks!).

Some of the rarer species of birds we now see include, the endangered Kiwi, the almost-extinct brown bittern (Botaurus poiciloptilus), pateke or brown teal (Anas chlorotis), New Zealand’s rarest duck and the grey duck (Anas superciliosa), along with many other rare and more common species.

This dramatic increase in birds (in less than two decades) is a direct consequence of our carefully targeted planting – ensuring plants provide fruits, seeds and nectar to encourage native birdlife – as well as wetland rejuvenation and a stringent pest control programme. Download bird species list

Our Friends The Bees

We respect and care for our bees. This means our honey is as natural as nature meant it to be: with no added sugar water, corn syrup, antibiotics or chemicals. And our bees seem to respect us in return. We hardly ever wear gloves when we’re working with them, which is sign of a well-cared-for hive.

It’s What We Don’t Do That Matters

At Tahi, we don’t use pollen traps because they can damage bees’ delicate wings, nor do we collect bee venom as it can harm or even kill bees. And, rather than stripping our hives of honey, we leave our bees with a box of honey per hive to keep them well fed over winter months – because healthy bees make healthy honey! 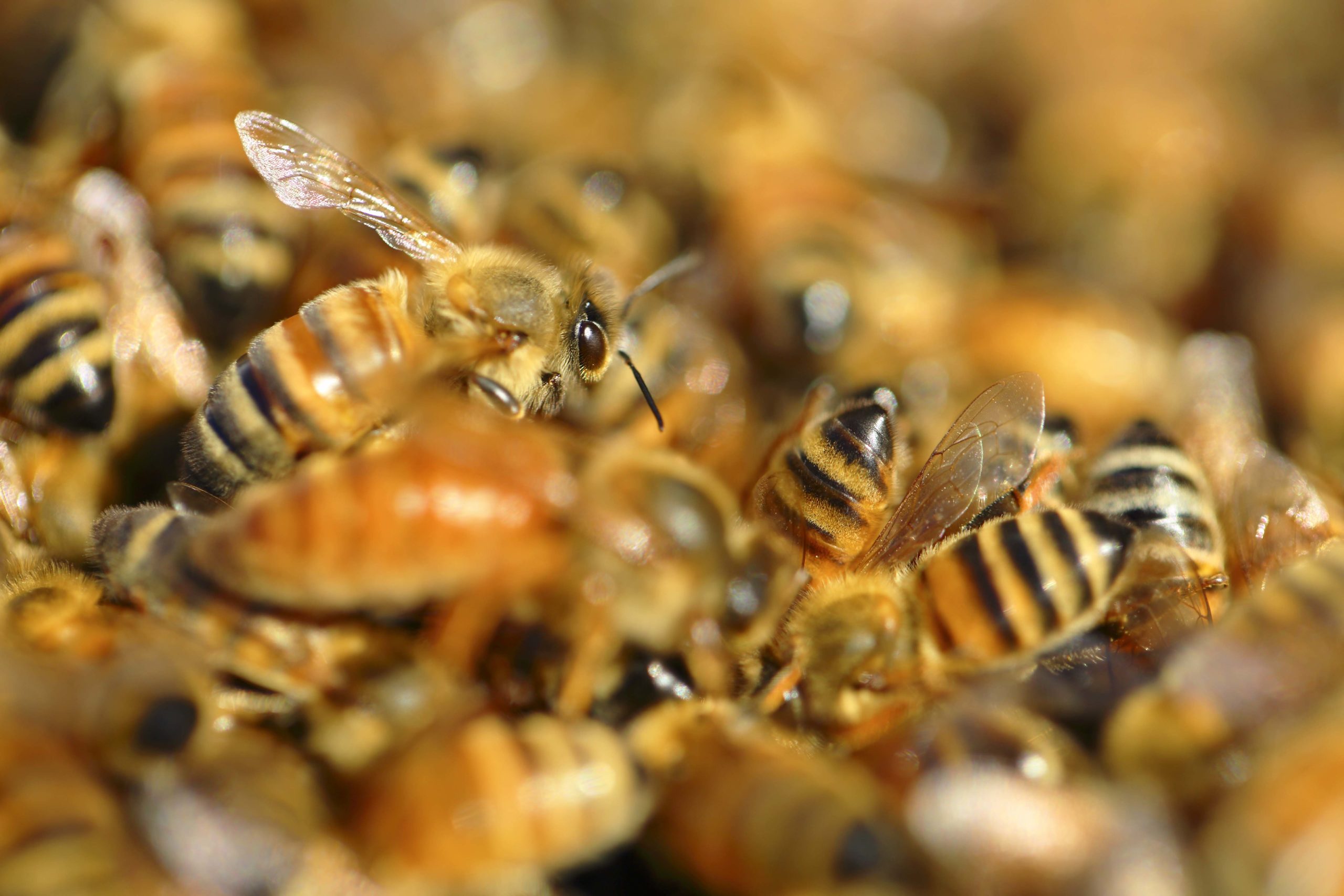 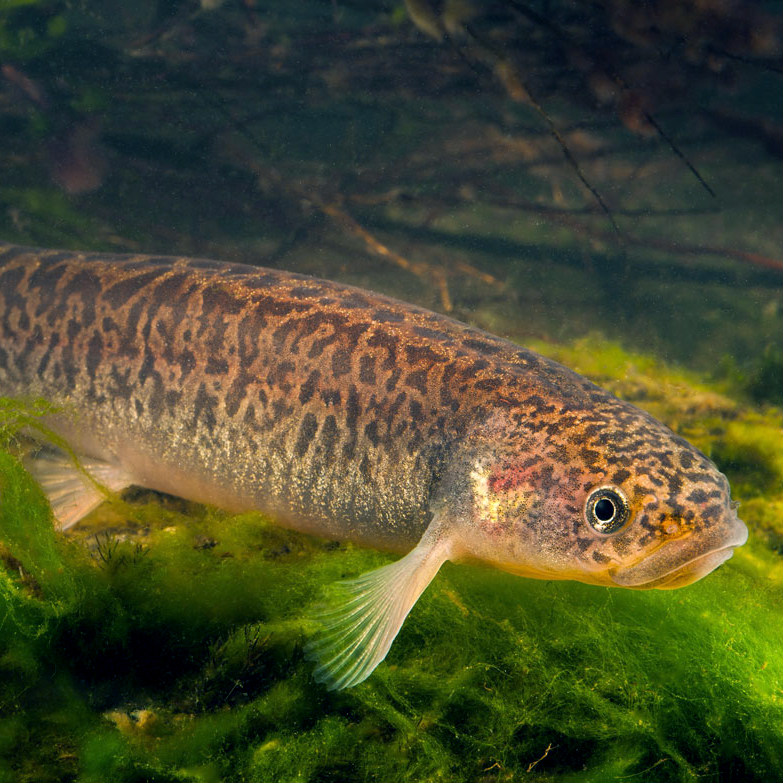 It’s not just about birds and bees and trees. Skinks and geckos, two small native lizard species, are now often seen! Before we began the Tahi restoration project, these animals were absent or rarely spotted.

In our many streams, lakes and wetlands, nine out of fifteen native fish species in Northland, New Zealand are now thriving – including marine/freshwater species such as mullet, and even fresh water crayfish (a local crustacean). We’re delighted to see these fish return to Tahi’s waterways – as healthy fish are a great indicator of healthy water!

Thanks to our work restoring nearly 74.1 acres of wetlands (which had once been drained for farmland), as well as lakes, streams and damns, these fish can now move freely through our waterways. We’ve also planted shade trees and plants along the banks of our streams and wetlands, as native fish need cooler, shaded water to survive and flourish.

At Tahi, we’re proud to say we have recorded 141 native species of plants and trees, including 19 re-introduced species and at least 2 self-introduced.

These include 17 large trees such as Kahikatea, Kauri, Rimu, Pohutukawa, Totara, Puriri, Kohekohe and Karaka, which will grow to form canopies and shade. Native shrubs include Mahoe, Karamu, Ngaio, Koromiko and Kawakawa (to name but a few).

Along with our canopy trees, we grow smaller trees such as Lancewood, Kohuhu, Lacebark and Karo. Flax, Cabbage Trees and Ribbonwood help prevent erosion on banks, similarly on sand dunes with Wiwi and Pingao. In our wetlands, rushes and sedges are vital to restoring water quality.

Two notable species which have been dispersed by birds back into the forests are Mangaeo (Litsea calicaris) a future forest canopy tree, and Taurepo (Rhabdothamnus solandri or NZ Gloxinia), a small understory shrub that is important for nectar-feeding birds and reptiles. Most of our plants are grown from seed and cuttings taken from Tahi estate – further demonstration of our full circle philosophy. Download tree species list here. 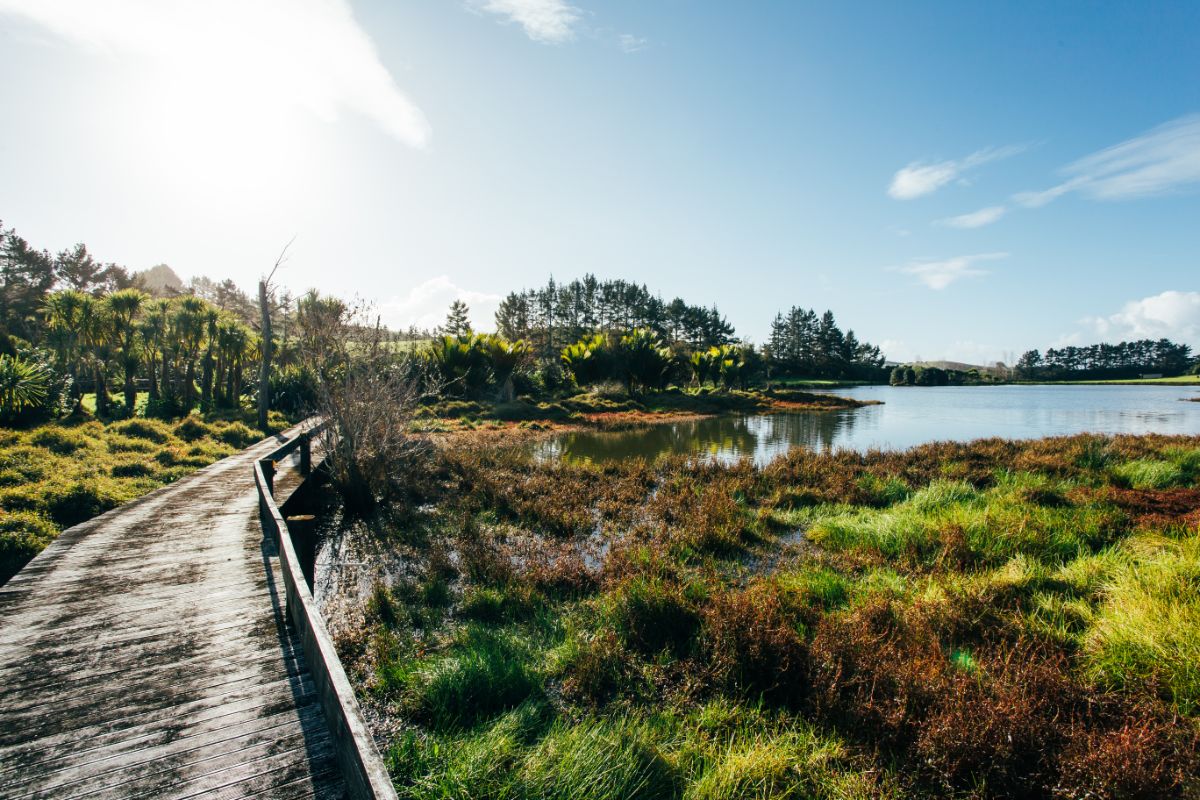 The Kidneys of the Land

When it comes to biodiversity, wetlands are key. They act as the nature’s ‘kidneys’, rather like giant sponges that clean the water of excess nutrients and sediment, control flood water and pollutants. They provide habitat for indigenous invertebrates, plants, fish, and bird species (such as fernbird, kōkopu, and eels), many of which live only in wetlands. And importantly, they act as ‘carbon sinks’, removing carbon dioxide from the atmosphere.

Wetlands also have strong cultural and spiritual importance for Māori. They are an important source of food (such as eel and whitebait) and provide material for weaving, such as raupō, and harakeke (flax). They also help to recharge groundwater and assist us in coping with periods of drought.

New Zealand, like many developed countries, had lost 95 per cent of its wetlands, mainly due to agricultural or urban development. Once, around 15 percent of the present day Tahi would have been covered with swamp forest, but over the past 150 years, forests were cleared, swamp forests were logged, wetlands were drained and turned into pasture for cattle grazing.

Many New Zealanders, including Tahi, are working to reverse this trend and to increase knowledge, appreciation and understanding of the value of wetlands. We are restoring almost all of Tahi’s original wetlands (95.6 acres of wetlands and 11.1 acres of lakes to date). Not only that, we’ve also installed dams to restore water levels, and removed all cattle from our land.

Slowly, our wetlands are recovering, although it will take many years for swamp forest to return. Meanwhile, Tahi is now home several classes of wetland: saline – mangroves and rush dominated swamps; freshwater – reed swamps in deeper water; and sedgelands and flax where there is no free-standing water.

Tahi is home to the sand daphne (Pimelea villosa), a species in decline nationally. Together with the New Zealand Dunes Trust and QEII Trust, we’re involved in an experimental restoration programme, which involves re-establishing native dune species along the coast of Tahi. 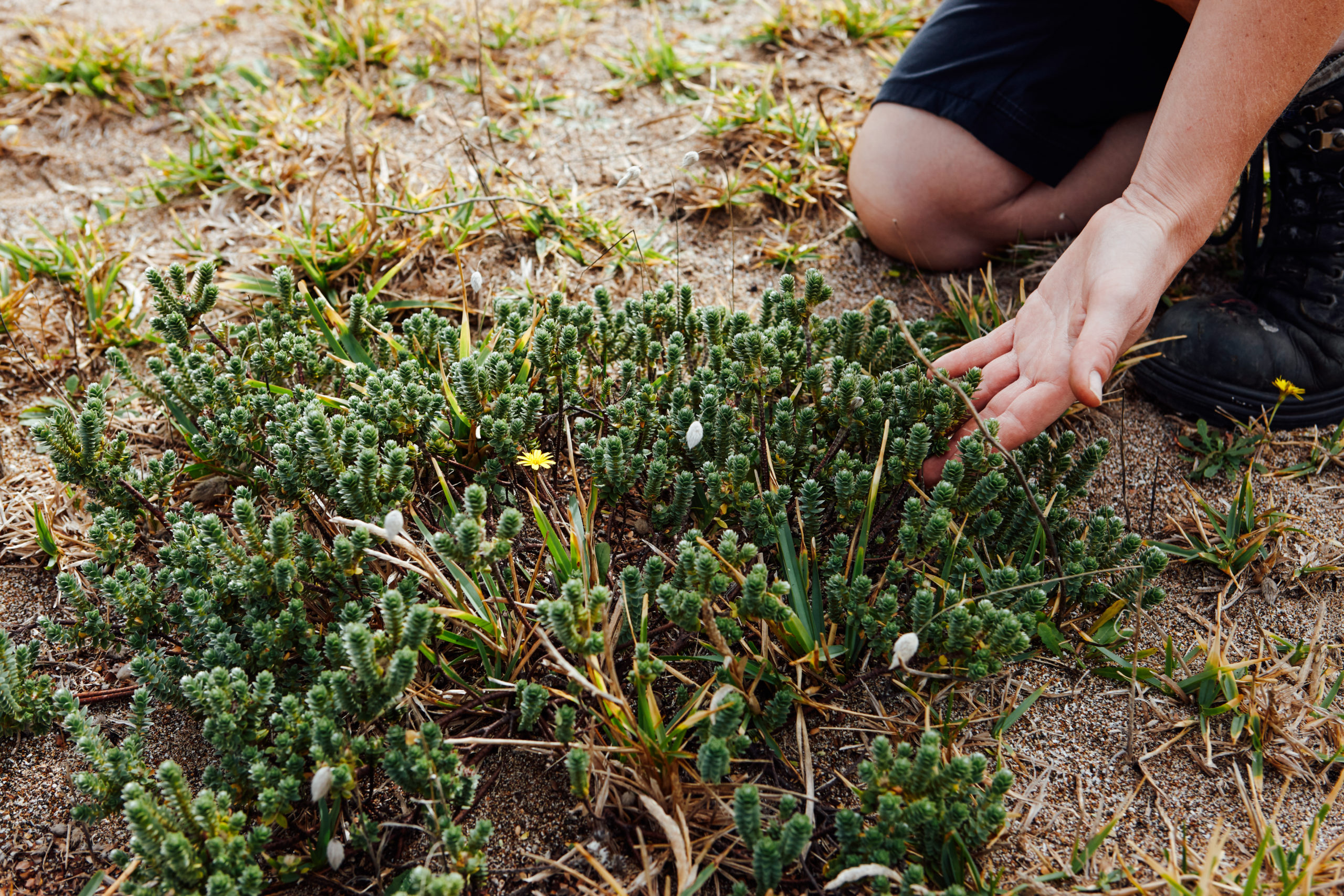 Carbon by different species: based on work by Mark Kimberley, David Bergin and Peter Beets (2014). ‘Carbon Sequestration by planted native trees and shrubs’, Tane’s Tree Trust, Technical Article No. 10.5. Parliamentary Commissioner for the Environment (2008). ‘Seeding the carbon storage opportunity in indigenous forests.’ Wellington: Parliamentary Commissioner for the Environment. Wetland carbon storage: This is based on work carried out by Gabriela Ezeta Ramos in 2011 for her MSc Thesis at Auckland University, ‘Pasture to wetland reconversion: Analysis of soil organic carbon profiles and stocks’. Tree carbon: based on a study in 2014 by Luitgard Schwendenmann and Neil Mitchell, ‘Carbon accumulation by native trees and soils in an urban park, Auckland’, New Zealand Journal of Ecology 38: 213-220. Soil carbon: estimates are based on studies in 2004 by Mike Page et al, ‘Erosion-related soil carbon fluxes in a pastoral steepland catchment, New Zealand’, Agriculture, Ecosystems and Environment 103: 561–579. Also Bryan Stevenson in 2007, ‘Soil quality in Northland 2007: comparison with previous samplings in 2001’, Landcare Research Contract Report: LC0708/048. Maps: Thanks to Austral Condor Ltd, for production of the wetland carbon storage maps. Ecological analysis and interpretation: by Neil Mitchell and John Craig.

At one with nature. 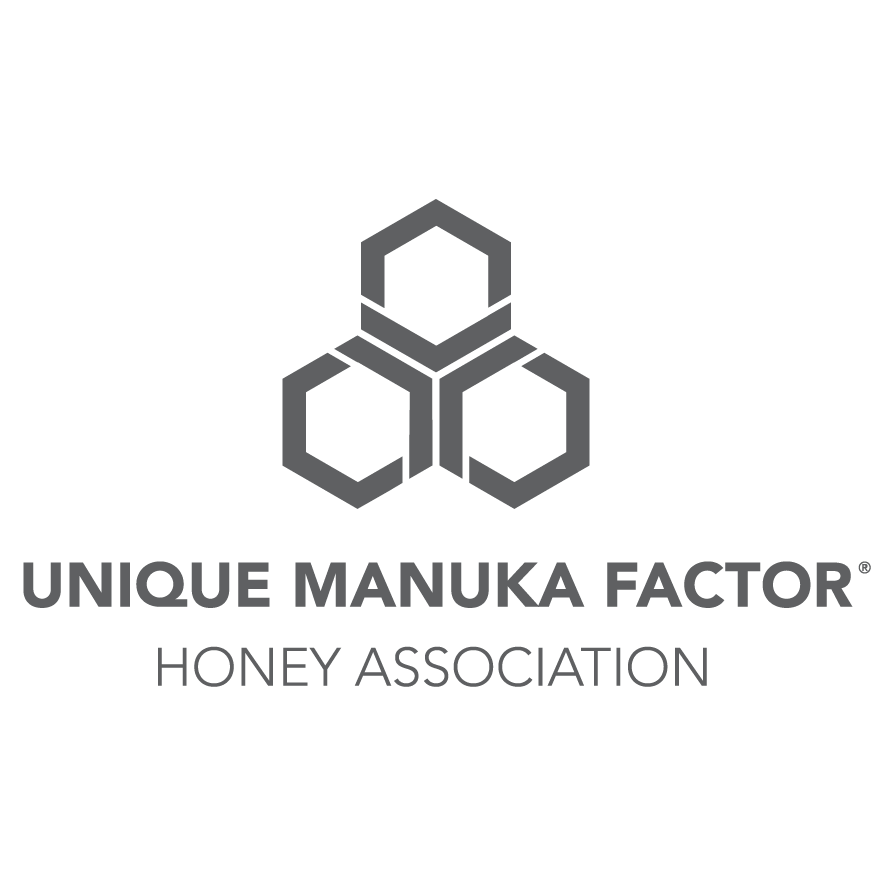 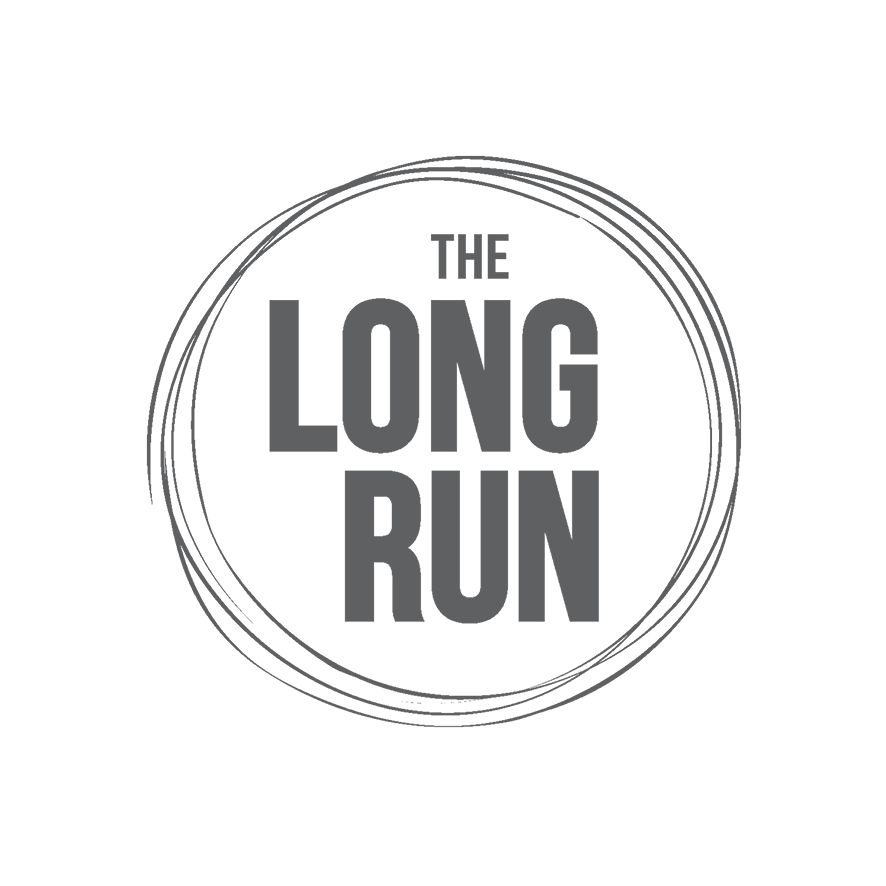 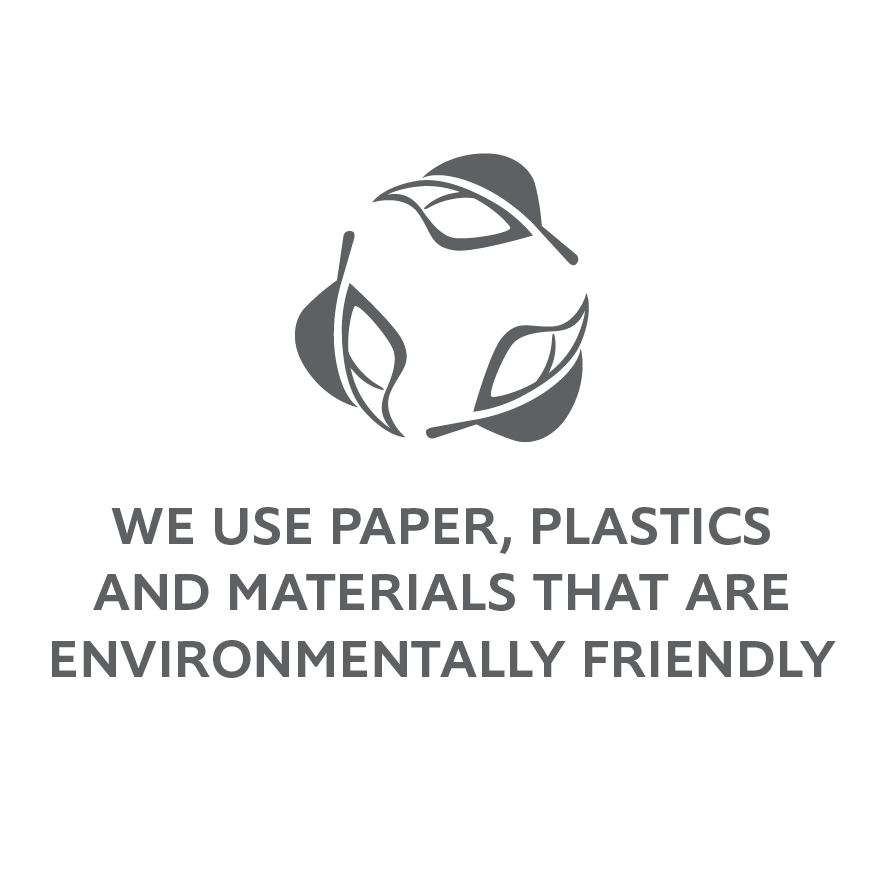 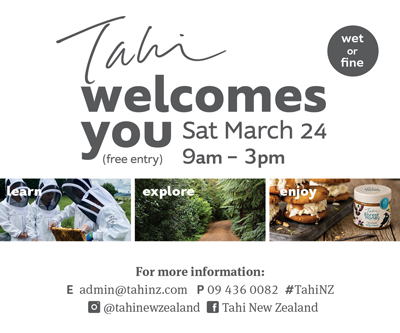 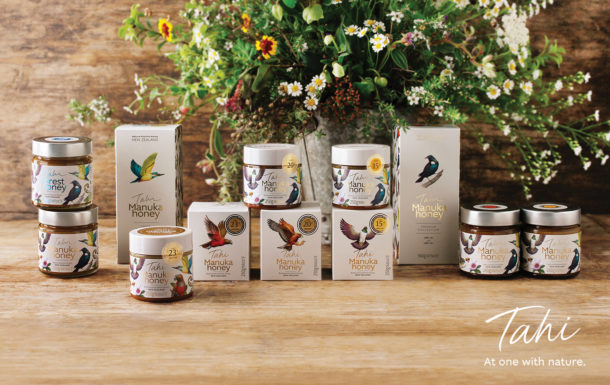 Subscribe to receive updates, special offers,
and the latest news from Tahi!

You have Successfully Subscribed!